There are some vigorous rhododendron growing under the bay window near my computer. I slash at them every year to keep them from obscuring the view. (Why did the people before us ever plant rhododendron under a low window?) I’ve let one plant at the side grow into a tree. The birds and squirrels love it.

No, I don’t know which of the 1024 species of this plant we have (thank you for that statistic, Wikipedia!). But it’s great fun. Every June it bursts into glorious bloom, with large showy pinkish mauve clusters of flowers that last for nearly a month. Then those die off, and at once a large bud appears where each cluster had been, that lasts until the next June. It’s a hardy plant, because its leaves and buds flourish all through our severe Upstate New York winters. In the depth of the cold and snow, I look out at those rhododendron buds as a promise of summer warmth that surely will come again, as God promised (Genesis 8:22).

But there is a special feature built into this plant: it obligingly tells us the outdoor temperature. In mild weather, its leaves spread out from the vertically growing stems at more or less right angles. But as the weather gets colder, the leaves start to angle downwards, so that when it’s really bitter cold (think 0 °F/-18 °C), the leaves curl tightly and point straight down at the ground. Brrr! they say.

I ponder this. If I were an evolutionist, what would I think? That this unique plant just happened to develop its temperature-sensing talent by sheer chance? Or would I prefer not to think at all about something that is inconvenient to my belief?

For myself, I like to think of God creating this plant to make us wonder yet once again at His Creation. And He does have a sense of humor, surely? Rhododendron provide a little welcome entertainment in the midst of our long, cold winter. 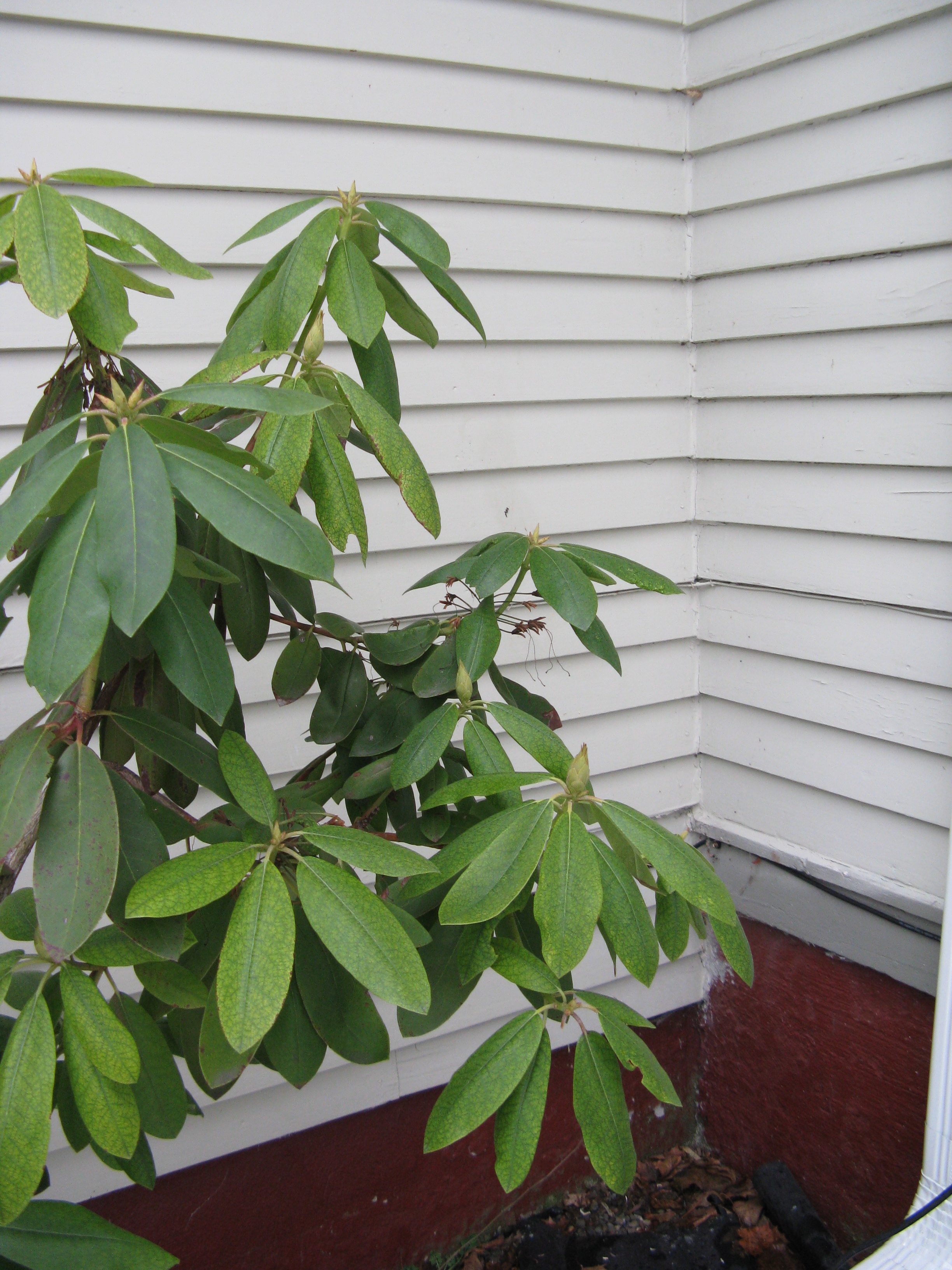 This photo was shot when the temperature was about 50 °F/ 10 °C. The open leaves rise a bit more than this in warmer temperatures, but not much.

Photo by A. Habermehl 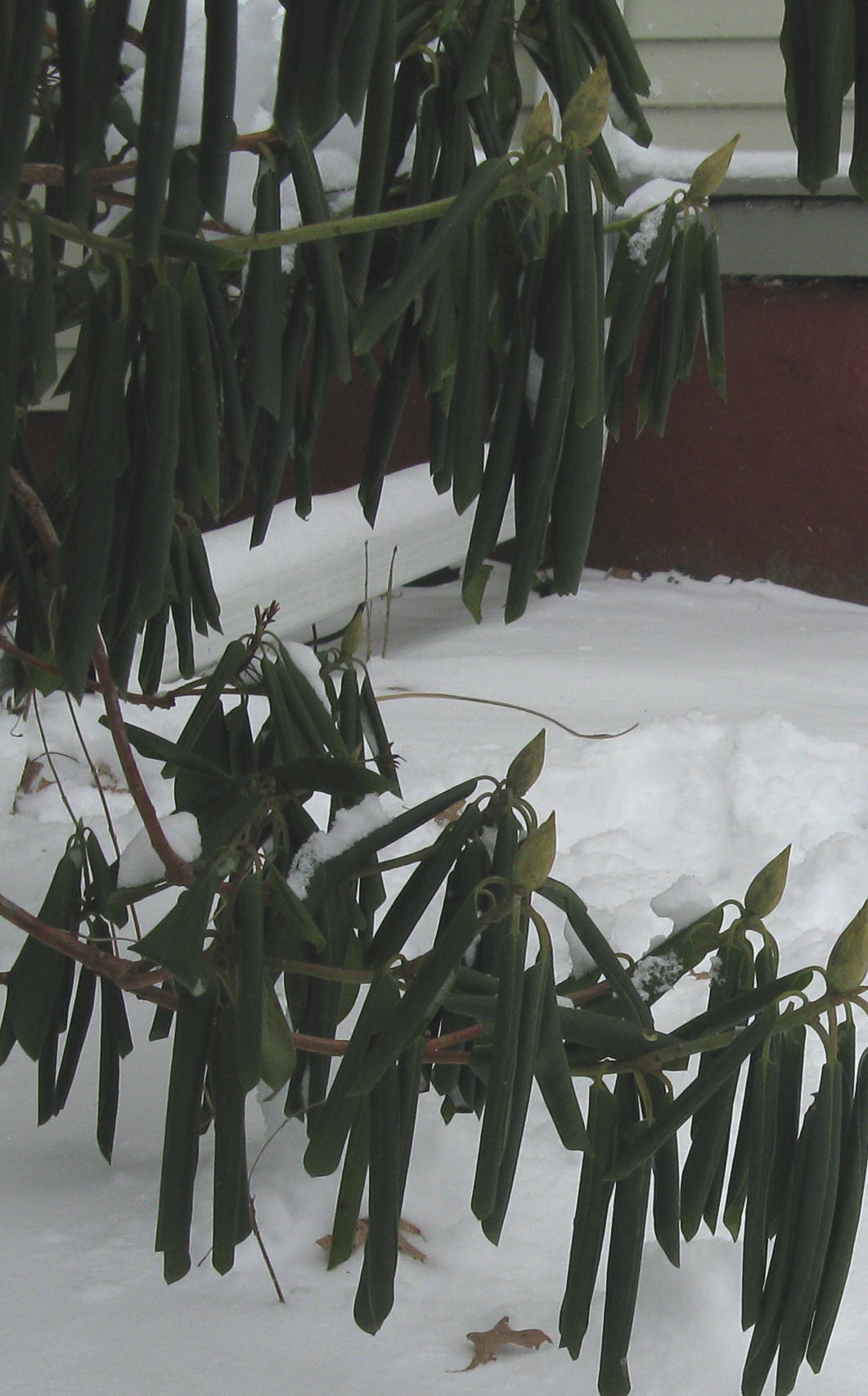 This photo was shot on a real cold day, when the temperature was about 0 °F/-18 °C. Not only do the leaves point straight down, but they curl tightly. The leaves look bigger in this picture, which was taken closer up. However, they are the same size as in the photo above.

In our household we have discussed whether these leaves really get darker when they curl up, or whether they just appear that way. This apparent difference in color seems to be the case whether or not the sun is out.

You can see the buds clearly in this photo, waiting for June when they will open.

Photo by A. Habermehl