At the end of October, 2015, I visited the village of Sogmatar, Turkey, situated about 60 km from Harran. About 2000 years ago this place was a center of worship of the moon god, Sin, the sun god, Shamesh, and also planets and stars. Today Sogmatar is a small farming village that is well off the beaten path (our van driver had to ask directions, as it was not clear where exactly the narrow dirt road led to). On the way we saw fields of cotton being picked. There were turkeys. One male turkey was right in the middle of the road displaying for a flock of females on the side of the road and he had no intention of being disturbed. Our driver had quite a time persuading that turkey (via some heavy-handed honking) to get his tail off the road so that we could pass by. 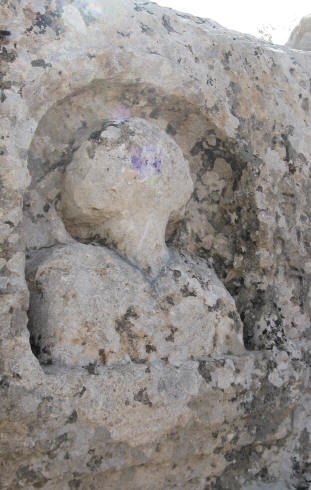 At left is a stone carving of the moon god Sin, on a rocky hillside overlooking the village. At center is Shamesh, the sun god. These were major deities of the pagan worship there. Below right: Syriac writing is carved into a stone plateau above the images of Sin and Shamesh. 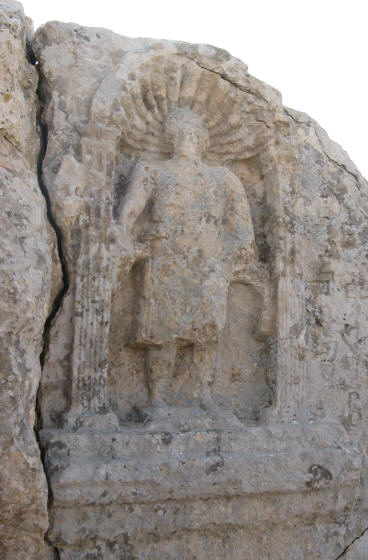 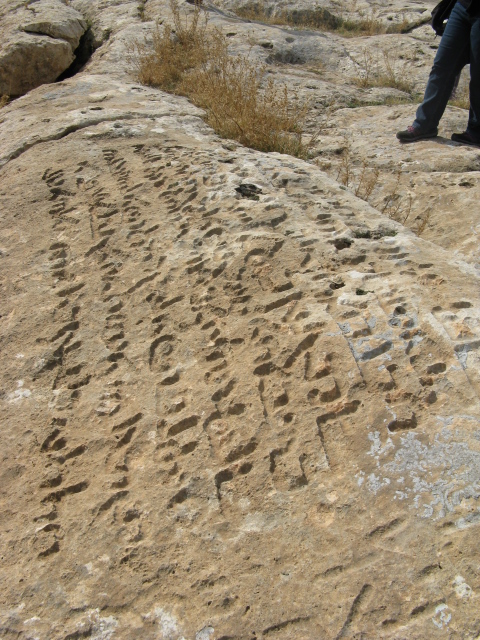 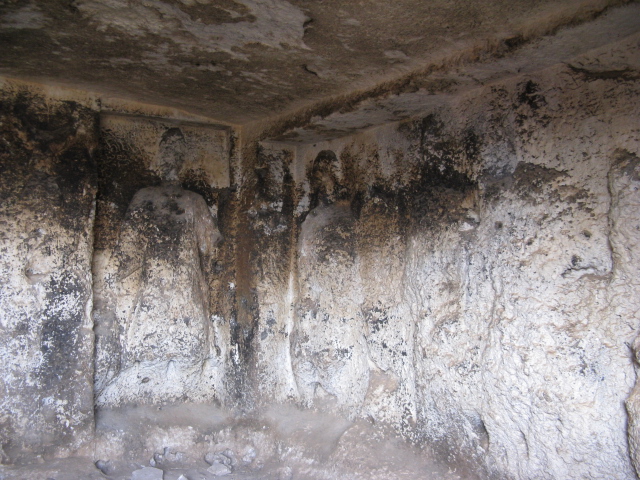 At left is Pognon Cave in the village, where carved figures on the walls represent the planets. This cave is claimed to have been a temple to these gods. Below is the opening to the cave. Above and behind it is a village home; the object to the left of the house is an outdoor bed, where villagers sleep in the heat of summer, when it is too hot to sleep indoors. 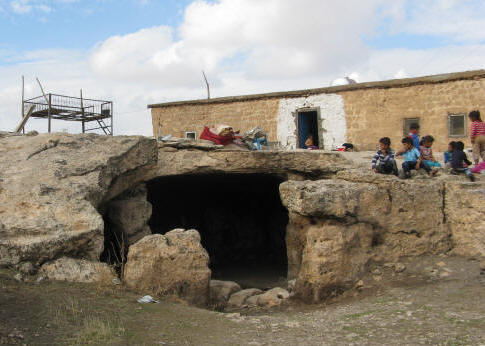 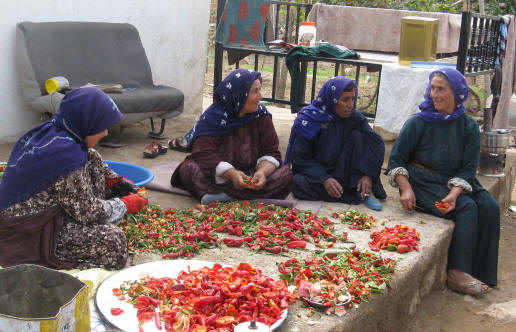 At left, village women in traditional garb cut red peppers. Below, some boys posed willingly for the camera. On the hilltop in the distance is one of the seven round temples located on the hills around this village. Each temple is dedicated to one of five planets as well as one for the sun and and one for the moon. 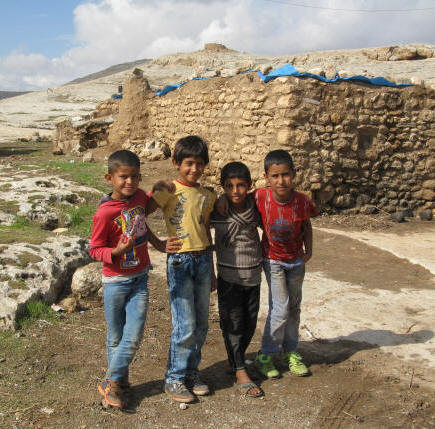 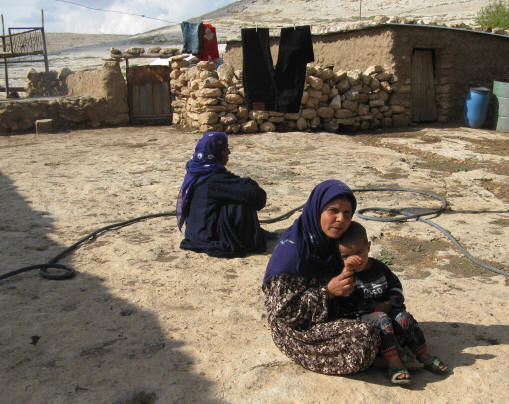 These women rest in their rocky yard in this household scene. I peeked over one of the stone walls like the one shown, elsewhere in the village, and there was a satellite dish nestled against the house wall. Perhaps this village's traditional look does not preclude a knowledge of the rest of the world?

At left, some of the village turkeys. Below, a donkey and some chickens. There were also flocks of sheep. 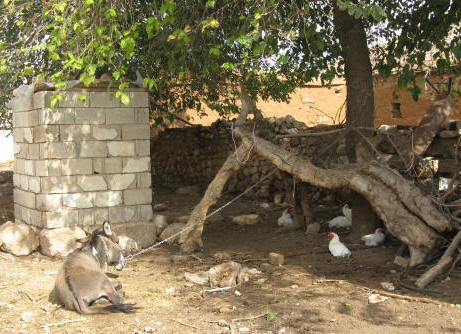 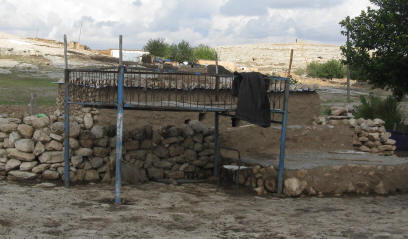 At left is a closeup of a summer bed, mentioned above.